Report from Brussels by Olga Kikou, Head of Compassion in World Farming, EU, on today's disappointing result for ending farm misuse of our most vital antibiotics.

"The results from the Plenary vote on the objection to the Commission’s Delegated Act (DA) on the veterinary use of antimicrobials were announced this morning. The objection to the Commission’s proposal presented by MEP Martin Häusling, arguing that highest-priority critically important antimicrobials should be reserved for human use, did not secure enough votes and was rejected. After intense lobbying by the Commission, and others, the Parliament decided not to send this back to the drawing board.

In recent days, there was a fierce battle around this vote. The Commission had produced criteria for deciding which antibiotics should be included on a list of antibiotics reserved for human use only, as part of efforts to combat the growing resistance to antibiotics. Some MEPs, led by the Greens’ Martin Häusling, argued the Commission’s text did not go far enough to protect human health and wanted to introduce stricter restrictions, while making exceptions for treating individual animals. He argued that the Commission's criteria were too restrictive, and would mean that some of the highest-priority critically important antibiotics would would not be included on the list and would continue to be used for group treatments in feed or drinking water. He argued the list of “reserved antimicrobials” should be in accordance with recommendations from the World Health Organization.

However, vet groups and the farming industry fiercely opposed the resolution proposed by Häusling, claiming that it would make it harder to treat animals (especially companion animals). They also claimed that all of the antibiotics concerned would be completely banned from use in animals, even though the resolution clearly allowed individual treatments where no alternative treatments existed. The German Association of Practicing Veterinarians launched a petition last month and collected close to 700,000 signatures in a short time. 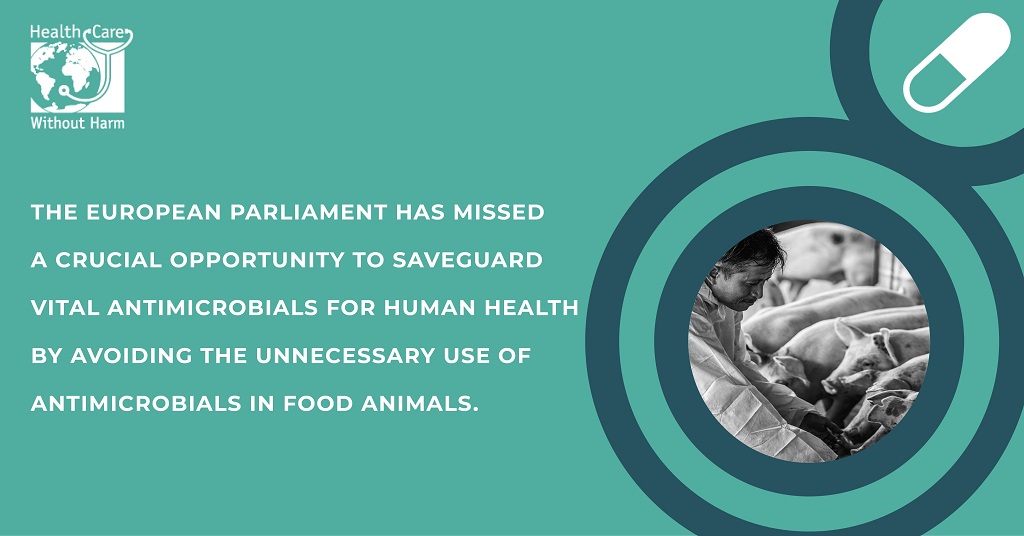 The Alliance to Save our Antibiotics, as well as many other NGOs, led by Healthcare without Harm, sent a letter to the MEPs on this very issue, calling them to strengthen the wording of the DA and support the Häusling resolution."

Commenting on today's disappointing result the Alliance's Scientific Adviser Cóilín Nunan, said "The resolution would have moved us towards more responsible use, whereas now it is extremely unlikely that the new EU regulations which come into force on 28 January will include any new restrictions on the farm use of modern cephalosporins or the fluoroquinolones. Preventative use and mass medication (in the case of fluoroquinolones) with these antibiotics will be allowed to continue in many European countries for the time being."