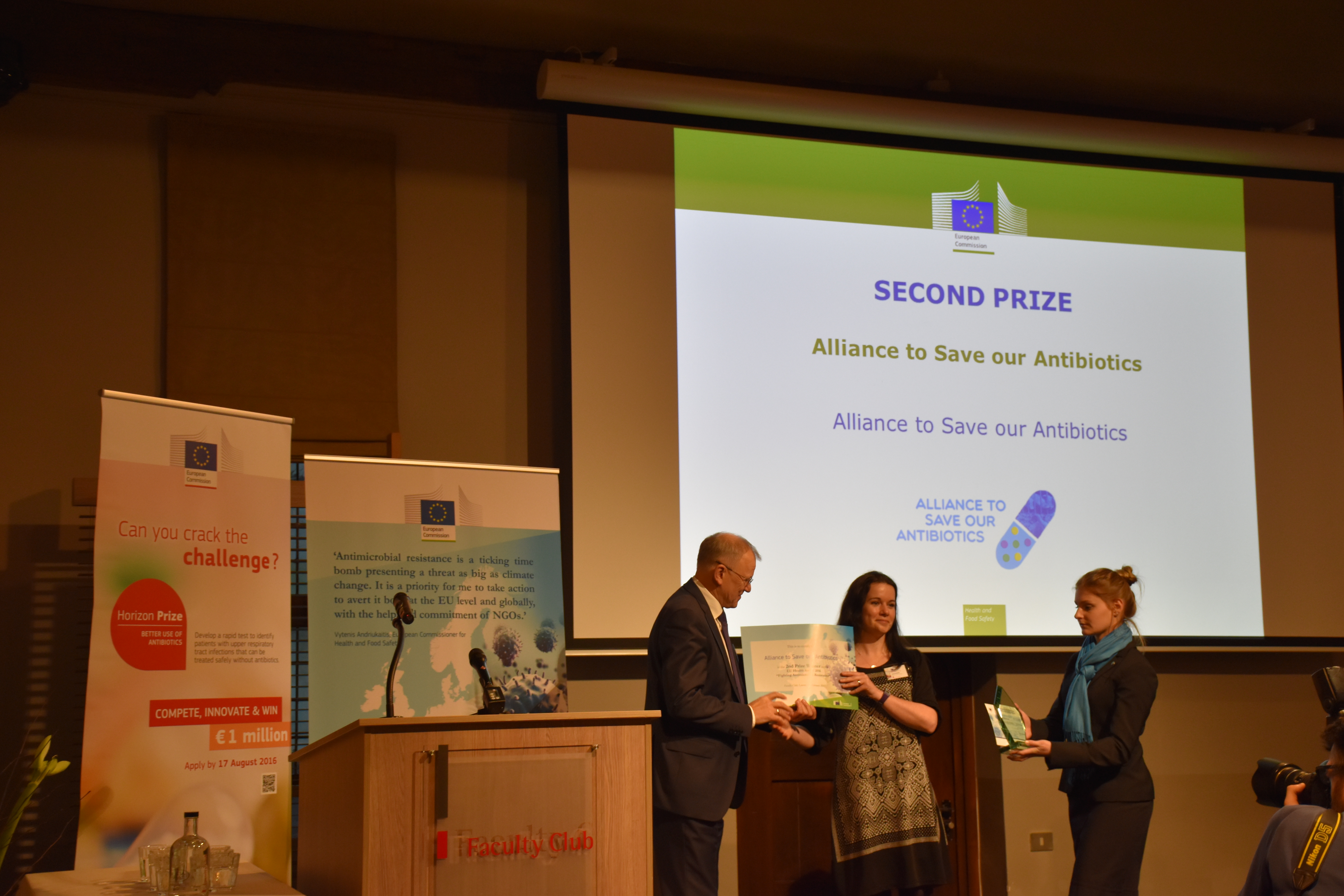 The prize was awarded by Vytenis Andriukaitis, the European Commissioner for Health and Food Safety at award ceremony hosted by the University of Leuven in Belgium.

The €20,000 first prize was awarded to BEUC, the European Consumer Organisation, for their campaign "From Farm to You", which has raised awareness about the causes of AMR, such as overuse of antimicrobials in livestock and misuse and overuse of antibiotics in human medicine.

The Alliance to Save Our Antibiotics received the €15,000 second prize for its campaign to end the routine prophylactic mass-medication of farm animals.

The third prize of €10,000 to the World Alliance against Antibiotic Resistance for their campaign "Acting to Preserve Antibiotics" which aims to limit the surge and spread of multi-drug resistant pathogens.