Welcome to our new interview series: Interviews with the Experts.

In this series we ask some of the leading experts in the field of AMR and One Health for their take on progress, leadership and challenges. 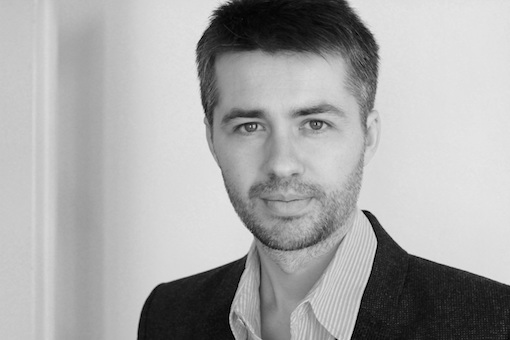 Hi Nikolai, what have you been doing on AMR in the last few years?

I’ve been trying to integrate a stronger emphasis on antimicrobial resistance (AMR) prevention into EU policies, such as the Common Agricultural Policy (CAP) and the Farm to Fork Strategy.

Over 70% of global antibiotic use is in livestock. But to what extent do you think the overuse of antibiotics in farming contributes to the global AMR crisis?

There is no doubt that animal farming is a source of drug-resistance, but it’s hard to put a number on its relative contribution. For Europe (EU/EEA), the best available estimate, which is widely considered an underestimate, is that 33,000 people die annually as a direct consequence of a drug resistant infection. The study that produced this estimate also found that around ¾ of these infections were associated with healthcare settings.

At the same time, it is important to consider that the volume of drug use is probably the single most significant risk factor for the emergence of resistance. And antibiotics use in agriculture exceeds human use in most regions of the world, including, on average, in Europe. Many pathways of how resistance develops and spreads are still being discovered, including the role of the environment.

Sometimes you hear it being said that the core issue is not to reduce antibiotics use, but to reduce the ‘risk of AMR’. This sounds reasonable at first sight, but in my view it too easily deflects attention away from use reduction strategies. At the end of the day, the best way to reduce the risk of AMR is to reduce the use of antimicrobials.

Do you think the global increase in intensive livestock farming is likely to lead to higher levels of farm antibiotic use? Would you recommend any systemic changes to the way we raise livestock in order to preserve the efficacy of antibiotics in the UK, Europe and globally?

Intensification has been accompanied and facilitated by increased antibiotics use. This is how it has played out before, and I see no real reason for why it wouldn’t play out the same way again.

And yes - I believe this can only be really solved in a systemic way. There are good reasons for adopting a food systems approach: it allows you to build change pathways that maximise co-benefits for different food sustainability dimensions.

For industrialised, high income countries I would see such a pathway as one where the number of animals farmed are reduced, which will create space for production systems that put animal welfare and health at the centre.

This would not only contribute to AMR risk reduction, but can help fight climate change, improve air quality, create higher added value for farmers, cut the risk of zoonotic disease development and spread, reduce eutrophication of ecosystems and may contribute to healthier diets. In brief, quite a few potential co-benefits there.

What do you think about the EU’s position on the issue of antibiotic misuse in farming?

The world’s most ambitious legislation on antibiotics use in animal agriculture will start applying in the EU early next year. By and large, it will disband the routine use of antibiotics in animal production and bar certain medically important antibiotics from use in agriculture.

Also, the EU’s recent Farm to Fork strategy includes an antibiotics sales reduction target and the Common Agricultural Policy (CAP) is meant to address antibiotics use as part of its new objectives.

This is great progress. But for now, it is only on paper: we are for instance really concerned about compliance with the new veterinary medicines rules. Also, I fear that the vast financial resources under the CAP will not be used in a way to support a systemic transition, but rather to keep business as usual with some improvements on the margins. And while it’s important to point out the current trend of reduced animal antibiotics use (down 35% between 2011-2018), the big prize – with the co-benefits mentioned above – is a change in production models.

How important do you think the environmental spread of AMR is and should farming industries where the spread could be significant take action to counter it?

I think the environmental spread of AMR and farming are closely interlinked. At the end of the day, a lot of the environmental contamination occurs through disposal of animal wastes. Already resistant genes can be released to the environment and unmetabolised active ingredients can apply selective pressure and speed-up the development of resistance. It seems that vast reservoirs of resistance are being build-up in soils, surface waters and entire ecosystems.

What can we do to help bring down the amount of antibiotics used on farms?

It is important to have the right legislative frameworks in place. But equally crucial are appropriate economic and socio-cultural incentives for producers and veterinarians. This includes having supply chains that demand these ‘better’ produced animal products. So next to public incentives, for instance through agricultural subsidies and public procurement, there’s a big role for retailers and food service companies.

Of course public recognition plays a key role too. AMR is notoriously difficult to communicate about, but in this sense COVID-19 may have lowered the barrier. At least, the whole idea that there are ‘superbugs’ out there that constitute a vast threat to health and the functioning of society no longer feels outlandish.

Thank you for your time Nikolai, and for giving us an insight into your work.