Guest blog: Hold on tight for the agricultural policy rollercoaster 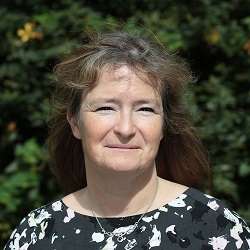 Vicki Hird is an award winning author, expert, strategist and senior manager who has been working on environment, food and farming issues for over 25 years. Vicki is  Sustainable Farm Campaign Coordinator at Sustain.

The ups and downs of the Agriculture Bill have put those concerned with farm policy, including on farm animal health and welfare, on a rollercoaster over the past two years. In 2018, Defra’s ‘Health and Harmony’ consultation on future farm policy created a huge and important debate across the country with reportedly 42,000 written responses.

The final draft legislation (the Agriculture Bill) that emerged from Michael Gove’s Defra was potentially transformational – introducing a system of financial support for farmers delivering public goods like nature conservation and animal health and welfare – and including other useful measures on fair dealing and transparency in the market. It passed MP Committee stage in parliament, but then hit the buffers in spring 2019 as Brexit politics immobilised all potentially amendable pieces of new legislation. The Bill fell as a result of the prorogation of parliament in September 2019; then rose again after prorogation was ruled unlawful, under a new Defra Secretary Theresa Villiers; was lost again for the Queen’s speech and expired finally (gasping its last political breath) for the General Election in November 2019. It, or something covering similar ground, will have to re-launched in 2020 (if the UK leaves the EU) and may look quite similar to the 2018 version, but that rather depends on what the new Government decides after the General Election in December 2019.

As an alliance of concerned NGOs (and a co-founder of the Alliance to Save Our Antibiotics), Sustain will present strong amendments to the next iteration of the Agriculture Bill on issues of shared concern. We will also lobby MPs in parliament and Peers in the House of Lords to support them, as we have done over the past two years. One of our core amendments previously was to introduce a public health purpose to the Bill. We strongly contend that alongside other possible beneficial public outcomes, reducing the risk of losing globally important antibiotics is one of the demonstrable ways in which new farm policy could actively help or actually hinder public health.

Key livestock related opportunities in this Bill and the mechanisms of farm support that it creates – an Environmental Land Management Scheme (ELMS) in England - could include supporting livestock farmers in building stronger animal health and welfare systems, lowering stocking density or re-stocking, using more resilient breeds, converting to agro-ecological and organic systems, using livestock in new ways to support beneficial environmental outcomes and so on. There is little information yet on the outcomes framework which would show us what may be prioritised. Tests and trails are underway and a pilot is planned for 2021. ELMS is being developed by an impressive Defra team and we have also been working with Defra and stakeholders on the development of this new financial model to support farmers.

Many beef, sheep and dairy farmers may have been part of previous EU Common Agricultural Policy (CAP) agri-environmental schemes and could already have experience of delivering specific environmental outcomes. How it will impact on intensive pig and poultry farmers is hard to tell as they have not been recipients of CAP support and with their relatively low direct land take

(compared to arable and ruminant livestock) the interest in UK wildlife outcomes has so far been rather low.

But with clean air and water for instance (‘managing land and water in a way that protects or improves the environment’; ‘preventing, reducing or protecting from environmental hazards’) being outcomes identified in the first iteration of the Agriculture Bill (and the Government’s parallel 25 Year Environment Plan) there is an opportunity to support farmers in transitioning to, and maintaining better livestock systems. This could also help alongside, or be integrated with a new animal health and welfare scheme which is being developed alongside the ELMS. Again we have few details but a pilot is planned.

The regulatory frameworks (such as for livestock welfare, pollution, nature protection) that will be set for land use and farming and which may underpin future farm support are also up for a major overhaul. Things have gone quiet on that front but it has been clear for some time that far greater resources for enforcement will be needed if we hope to curb the most damaging practices in the industry.

The financial support is a key income for many farmers but we must not forget that the trading conditions are a bigger issue as these determine the prices, markets and competition that farmers will be facing after Brexit. Crashing out of the European Union with no deal or an extremely hard deal would put major financial pressures on farmers that could mean they are compelled to fall back to lower standards. If British animals are kept in cheaper, more intensive conditions, they may end up with higher levels of disease and antibiotic use.

One of the key issues keeping the Agriculture Bill from making progress in 2019 were international trade amendments tabled by MPs including the Chair of the EFRA select committee Neil Parrish MP and Kerry McCarthy MP. Sustain and many other stakeholders supported these, which would have sought to ensure that agri-food imports from third countries (as a result of future UK negotiated deals) would need to be produced to the same standard as UK farms and not undermine UK standards. The American Government, President Donald Trump and his trade representatives have been transparent from the start that it is their clear desire to have access to the UK (and EU) market for US farm produce. In the case of meat products, this would mean the UK accepting imports of products from intensively reared animals treated with several times the level of antibiotics per head than is used by British farmers. So we know this means a severe risk for antibiotic reduction progress and targets. As explored in a recent blog by the Antibiotics Alliance the implications for farm antibiotic use and antimicrobial resistance are significant. Large pig producers in the US, where antibiotic use per pig is twice the UK level, will be able to compete with British farmers for business. In China, antibiotic use per pig is over five times the UK level and similar profligate overuse can be found in other Asian countries, typically with less reliable governance, data collection and controls than here.

Whilst we await a new government and a renewed opportunity to lobby and engage on the detail of future farm support and regulation, Sustain’s Manifesto for a Better food Britain lays out a legislative feast for the political parties competing in the General Election. It includes the need to ban the routine preventative use of antibiotics in groups of healthy farm animals; oversee dramatic reductions, sometimes bans, on farm use of antibiotics 'critically important' for human medicine; and to ensure that new trade deals support – and do not undermine – international efforts to reduce farm antibiotic use. If we want to save antibiotics for future use, we need to recognise that agriculture policy is highly political and get involved in calling for change.