We need better legislation for farm antibiotic use 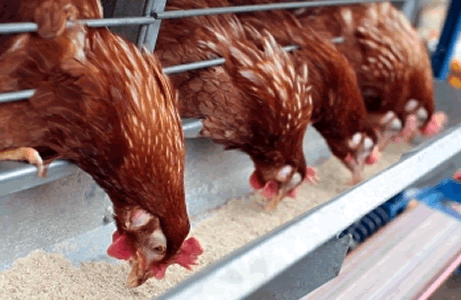 Progress in the UK

Over the last few years UK farmers have done a very good job of reducing their antibiotic use – the UK is the fifth lowest agricultural user of antibiotics in Europe, our use of High Priority Critically Important Antibiotics (HPCIAs) is finally falling, and voluntary restrictions on the routine use of antibiotics are increasingly common. But overall use remains much higher than it should be and it was disappointing to see that in 2019 farm antibiotic use actually increased by 3%. Much greater reductions in use can still be achieved if new laws are introduced banning all forms of routine farm antibiotic use.

The government had an opportunity to protect the UK’s food standards in law last year, but chose not to, instead opting to rely on spoken promises. This leaves us with no cast-iron guarantees that we won’t be importing animal products produced to standards far lower than would be acceptable for our domestic producers.

The fitness of our legislation to protect our farmers and consumers on the world stage is under the spotlight not least because of the new trade deals we’re entering into, but also because of the progress the EU is making. Next year the EU will introduce important new legislation governing farm antibiotic use which will finally ban all forms of routine use and of purely preventative group treatments. The EU is also developing a list of antibiotics  which will no longer be permitted for animal use because of their importance in human medicine, and will ban the importation of all meat and dairy produced with antibiotic growth promoters. All of this builds a positive picture for the future of livestock farming across the EU, yet the UK has still not committed to implementing the same restrictions.

In practice, many of the UK’s vets and farmers are moving in the right direction under a number of voluntary initiatives. However, the UK is far from perfect when it comes to farm animal welfare. Intensive pig and poultry farms systems are widespread and often have major welfare problems, and more intensive cattle production is also on the increase. The risks from not legislating to restrict antibiotic use are twofold: Firstly, without it being a legal requirement, for all the success voluntary initiatives have had so far, it won’t be enough to change the behaviours of those still using antibiotics irresponsibly. And secondly, the financial pressures that our domestic producers could come under from  cheap food imports resulting from new trade deals, could be enough to make farmers return to the arguably cheaper business model of packing animals in tight and medicating routinely to reach slaughter weights.

So why are the government, and some meat industry bodies, reluctant to follow the EU’s lead? One guess is that the government needs to keep the gates open for cheap meat in to the UK to strike trade deals with some of the largest trading nations (US, Brazil, NZ, Australia etc). Agricultural produce appears to be a deal breaker.

The legislation we need

To protect our farmers and consumers the UK should implement the EU ban on routine antibiotic use and on preventative group treatments and ban the importation of meat and dairy produced with these type of treatments, as soon as possible.