Welcome to our new interview series: Interviews with the Experts.

In this series we ask some of the leading experts in the field of antimicrobial resistance (AMR) and One Health for their take on progress, leadership and challenges.

Our seventh interviewee is William Gaze, Professor of Microbiology and research group lead on the environmental dimension of AMR, at the University of Exeter. 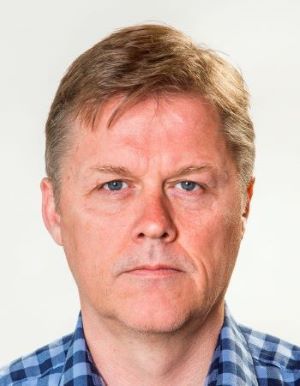 Hi Will, what have you been doing on AMR in the last few years?

I've been developing a research programme that spans AMR evolution, ecology and transmission in natural and farmed environments, focusing on microbiomes rather than individual bacterial strains or species.

How has the global AMR community responded to the Covid-19 pandemic?

From the environment side, many people are working on wastewater epidemiology focusing on SARS-CoV-2 detection which allows estimates of COVID-19 cases at a population level.

Will the pandemic affect the global response to AMR over the next few years?

Yes, it has deflected attention away from AMR but in time the focus on the threat of infectious disease may bring renewed interest in the silent AMR pandemic.

Do you think the public’s perception of the AMR risk has changed because of the pandemic?

Not really, they probably see zoonotic viruses as higher risk even though it is predicted that 10 million people may die from ARM infections by 2050, compared to the 3 million deaths in this pandemic. There has been some coverage of increased AMU increasing AMR infections, and the Indian fungal infections may have resonated with some.

What lessons have you learned from this pandemic?

That higher income countries (HICs) should never take it for granted that they have infectious disease under control.

Over 60% of global antibiotic use is in livestock. But to what extent do you think the overuse of antibiotics in farming contributes to the global AMR crisis?

This is highly contentious with current thinking downplaying the role of antimicrobial use (AMU) in agriculture in driving increased AMR in human bacterial pathogens, due to the fact most animal pathogens are distinct from strains that cause human infection. Of course, where the resistance genes originated and were amplified before transfer to these human pathogens is highly complex.

In my opinion, all AMU increases the risk of emergence of novel AMR genes in bacterial populations and subsequently in human pathogens, but again this is difficult to quantify. There are good examples of selection of AMR in livestock leading to pandemic spread of LA-MRSA strains and colistin resistant Enterobacteriaceae but these are always viewed as case studies rather than the rule.

What changes would you like to see in the UK or in Europe regarding the use of antibiotics in farming?

The risks now mostly lie with global trade, rather than AMU in UK livestock where efforts have been made to reduce usage. Continued efforts still need to be made to reduce AMU in UK livestock production, but economics and world trade mean that this is likely to go in the wrong direction if UK farmers are forced to compete with producers from abroad with lower welfare standards and higher AMU.

Do you think the global increase in intensive livestock farming is likely to lead to higher levels of farm antibiotic use?

Would you recommend any systemic changes to the way we raise livestock in order to preserve the efficacy of antibiotics?

Welfare standards need to be improved, combining lower stocking densities with rearing of breeds that are selected for increased disease resistance rather than increased growth rates. There are good models from northern Europe for reduced AMU whilst maintaining productivity.

… In the UK, Europe and globally?

Globally there is a move towards intensive agriculture, which can reduce transmission to humans compared to pastoral/subsistence rearing but is likely to increase AMU. However, AMU is already widespread across all scales and types of rearing, whether necessary or not, so continual education regarding the risks of AMU is required alongside efforts to reduce reliance on animal protein. However, the latter is political and socially complex and there are issues of equity when HICs rely heavily on intensive production methods.

What do you think about the UK government’s and the EU’s position on the issue of antibiotic misuse in farming?

I'm not aware of the IACG position, but the UK and EU have been making efforts to reduce AMU, and this needs to continue.

How important do you think the environmental spread of AMR is and should farming industries where the spread could be significant take action to counter it?

Yes, I am co-author of the recent EFSA report, published in April 2021, that explored the role played by the environment in the emergence and spread of AMR through the food chain. During our research we found evidence of antibiotic resistant bacteria and antibiotic resistant genes in manure, soil and water samples. For all agricultural sectors, including EU plant-based food production, terrestrial animals, and aquaculture, reducing the occurrence of faecal microbial contamination of fertilisers, water, feed and the production environment and minimising persistence/recycling of ARB within animal production facilities is a priority.

What do you think the most important thing is for the next year in fighting AMR?

We must ensure that COVID-19 does not subsume all attention and funding, reducing political and research activity on AMR.

If you had $1bn to fight AMR, how would you spend it?

I'd work with governments towards global treaties on AMR including AMU in livestock production. Fund large longitudinal trials focusing on the effects of AMU in livestock production on AMR in human pathogens. Provide high quality Knowledge Exchange and resources allowing governments and producers globally to access the best information necessary to inform sustainable farming practices.

What advice would you give to world leaders about their response to AMR?

The response to AMR needs to be coordinated and they should look to the effects of the pandemic in order to calculate the cost-benefits of inaction.

What can we do to help bring down the amount of antibiotics used on farms?

We can encourage people to make informed choices about the food they buy and what they eat by clearly communicating the costs of livestock production (including intensive production). We need to know about the welfare of the animals themselves, the cost to the environment in terms of pollution and climate change. We also need to consider, the health consequences in terms of healthy diets and risks associated with AMR infections, which, in part, can be attributed to AMU in agriculture.

Thank you for your time Will, and for giving us an insight into your work.

If you’d like to know more, you can follow the links for further information about Will’s antimicrobial resistance research at the Univeristy of Exeter, read the EFSA report Will co-authored, and follow Will on Twitter @WillHGaze