Successful interventions in other countries

Many countries have shown that it is possible to farm with less antibiotics. Antibiotic use in pigs and poultry in Denmark, Finland, Iceland, Norway, Netherlands and Sweden is 3-5 times lower than in UK.

Extensive and higher welfare systems across the world have also shown that antibiotics are not necessary to keep animals healthy.

In last 25 years Denmark has reduced farm antibiotic use more than any other country in Europe. Antibiotic use has per pig dropped by half, while Danish pig farmers increased production by nearly 40%. The country remains a major pork exporter.

Denmark has also banned the routine preventative use of antibiotics and heavily restricted the use of critically important antibiotics. Denmark introduced a “yellow-card” system for pig farmers in 2010. Farmers with high usage, and their vets, can be sanctioned if reductions are not achieved.

The Dutch Government has banned the routine preventative use of antibiotics in animals, and since then has managed to achieve large reductions in farm antibiotic use. The Netherlands have also cut farm use of the ‘critically important’ antibiotics in their main food-animal species by over 90% in three years. These reductions appear to be contributing to a fall of Livestock Associated MRSA in humans.

These measures were achieved through an industry led approach – with farming industry leaders and veterinarians leading the process of agreeing upon solutions and reduction targets. A system similar to the Danish yellow-card system allows action to be taken on vets and farms that are using excessive amounts of antibiotics.

Sweden has amongst the lowest antibiotic use in animals in the European Union. They banned the routine use of antibiotics in the 1980s, in part due to fears around plummeting consumer confidence in meat safety due to overuse of antibiotics.

To facilitate the ban, the Swedish government implemented a system for monitoring antibiotic use and made efforts to educate farmers on feed, medication, farm management and hygiene to keep livestock healthy and prevent infections.

Since the ban, Sweden have reduced their use of group treatments with antibiotics by 97%.

Animals farmed with full access to the outdoors, in conditions which are not overly intensive, require far fewer antibiotics than those farmed entirely indoors.

Many production practices employed by organic and other higher welfare systems greatly reduce the need for antibiotics. These practices include using slower growing breeds, higher stocking densities and lower herd or flock sizes, access to the outdoors, later weaning of piglets and other measures aimed at optimising animal health and welfare.

“There are often many opportunities in intensive farming environments for drug-resistant bacteria to be transferred between, for example, thousands of chickens being reared in the same indoor enclosure.” 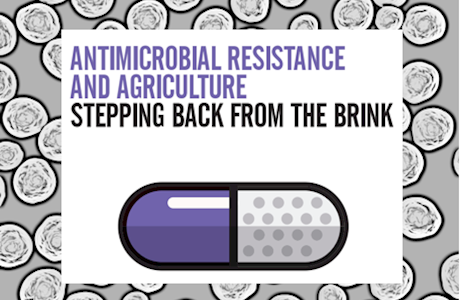 Learning from successes in Europe 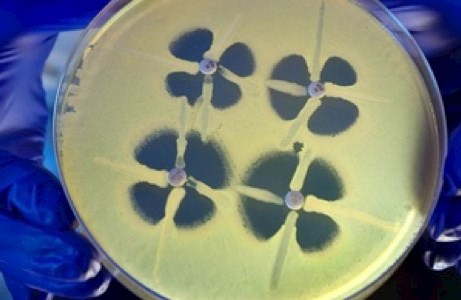 Why the inappropriate use of antibiotics in agriculture must stop